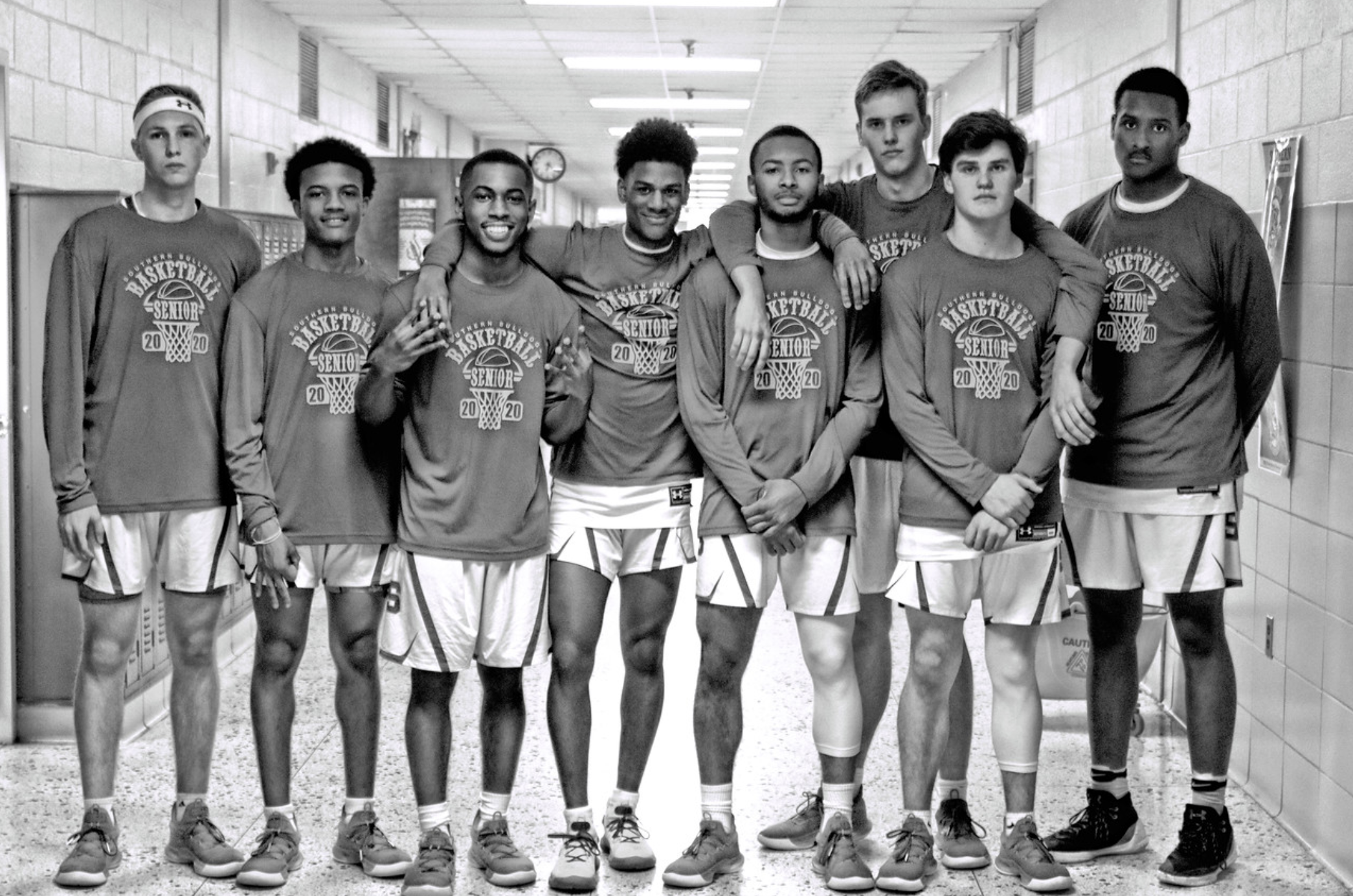 Emotions were at an all-time high as Southern Athletics celebrated their senior class from cheer, girls basketball and boys basketball. The sold-out crowd – covered in blue and gold – filled the air with cheers and love as the varsity boys presented eight athletes who will be saying “good bye” to high school basketball soon. Good luck to:

The first half was a game of back and forth as rivals South River matched just about every one of Southern’s made shots with ones of their own. Eventually, the lead would open up to give the Bulldogs an edge over the Seahawks. Final score: Southern 81, South River 60.

Khiyon Washington, Jr. reached the 1000th career points mark during the game and brought in a total of 16 points for the night.

Russell Dandridge – despite feeling under the weather – led his team to victory with 26 points and 13 rebounds.

Jay Carter tagged on 13 points, while Larry Bulluck II was right behind him with 11 points.

Southern has three regular season games remaining in February. Glen Burnie is up next on Wednesday, Feb. 12th, away at 5 p.m.